RISC were engaged by Noreco to independently assess the reserves associated with the company’s interests in the Dansk Underground Consortium (DUC) assets. This report was an independent assessment of future production performance for Noreco and their lenders to support their development and investment decisions. The reserves estimates were reported according to PRMS 2018 standards.

The company announced that as of 31 December 2019, its proven plus probable net reserves (2P reserves) are 209 million barrels of oil equivalent (MMboe), an increase of 14 MMboe compared to year end 2018.

RISC’s independent reserves evaluation is included in Noreco’s 2020 Annual Reserves Statement, as well as their 2019 Annual Report. Both reports can be accessed via the links below. 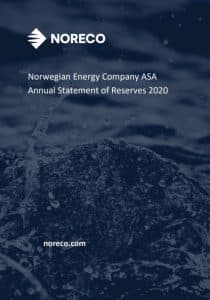 RISC has extensive knowledge of reserves certification and over 25 years experience of executing reserve audits for clients round the world. We have carried out independent reserves determinations and audits on conventional petroleum, coal seam gas, shale gas and tight gas properties, and formally certified reserves in many hundreds of projects using SPE, WPC, US SEC, Australian, Canadian, Malaysian (Petronas) and UK standards.